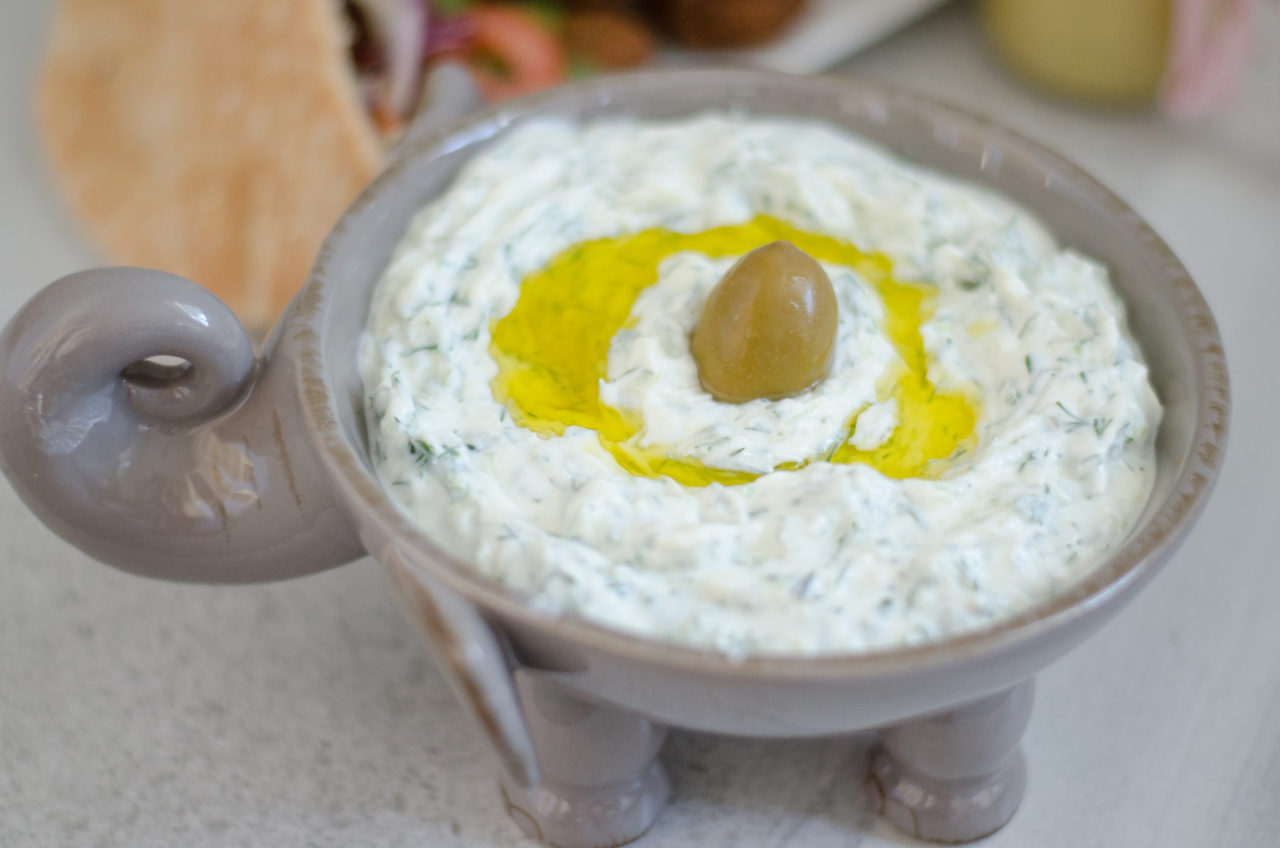 If you ever happen to find yourself enjoying the atmosphere in a Turkish restaurant, you’re almost guaranteed to encounter a dip called Tzatziki. Wait!! What?? Greek tzatziki in Turkey?

Tzatziki is a Greek adopted word for Turkish word ‘cacık’. It was developed during the Ottoman rule in Turkey and widely spread across the empire and is quite popular in Greece too. It soon became a traditional part of their cuisine.

As complicated as the history of Tzatziki is, it’s quite contrary to make it.

Usually everyone likes to drink something cold when it’s scorching hot weather. But I like to munch on something cold. It’s summertime and I have plenty of fresh green produce from my garden. I used some of them to make a cold dip. 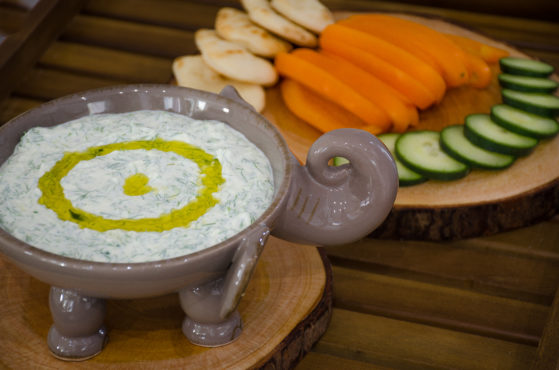 First time I ever tasted Tzatziki was back in 2015 when i visited Turkey. Tzatziki was temptingly tasty and I wondered what it was made of. It turns out to be very simple combination of yogurt , cucumber and Dill! It soon became one of my Fav Dips!

People who love Yogurt in general will love Tzatziki. Tzatziki can be made using any non flavored yogurt but I like Greek yogurt better for this recipe.

If using home made yogurt , just strain it or hang the yogurt in cheesecloth or muslin cloth for about an hour or 2 to drain out the excess water.

Often I make Tzatziki with Falafel as well! 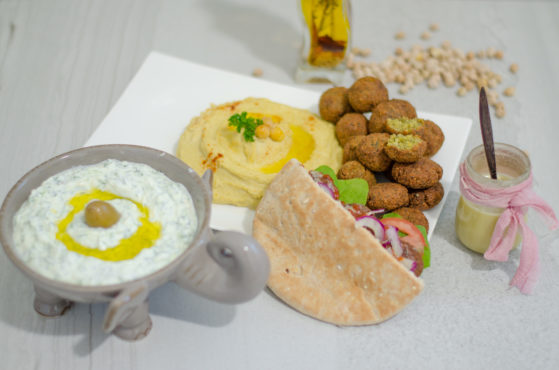 Other Middle Eastern dishes you may like
Lemon Cilantro Lentil soup

If you make this, i would love to hear the experience!! 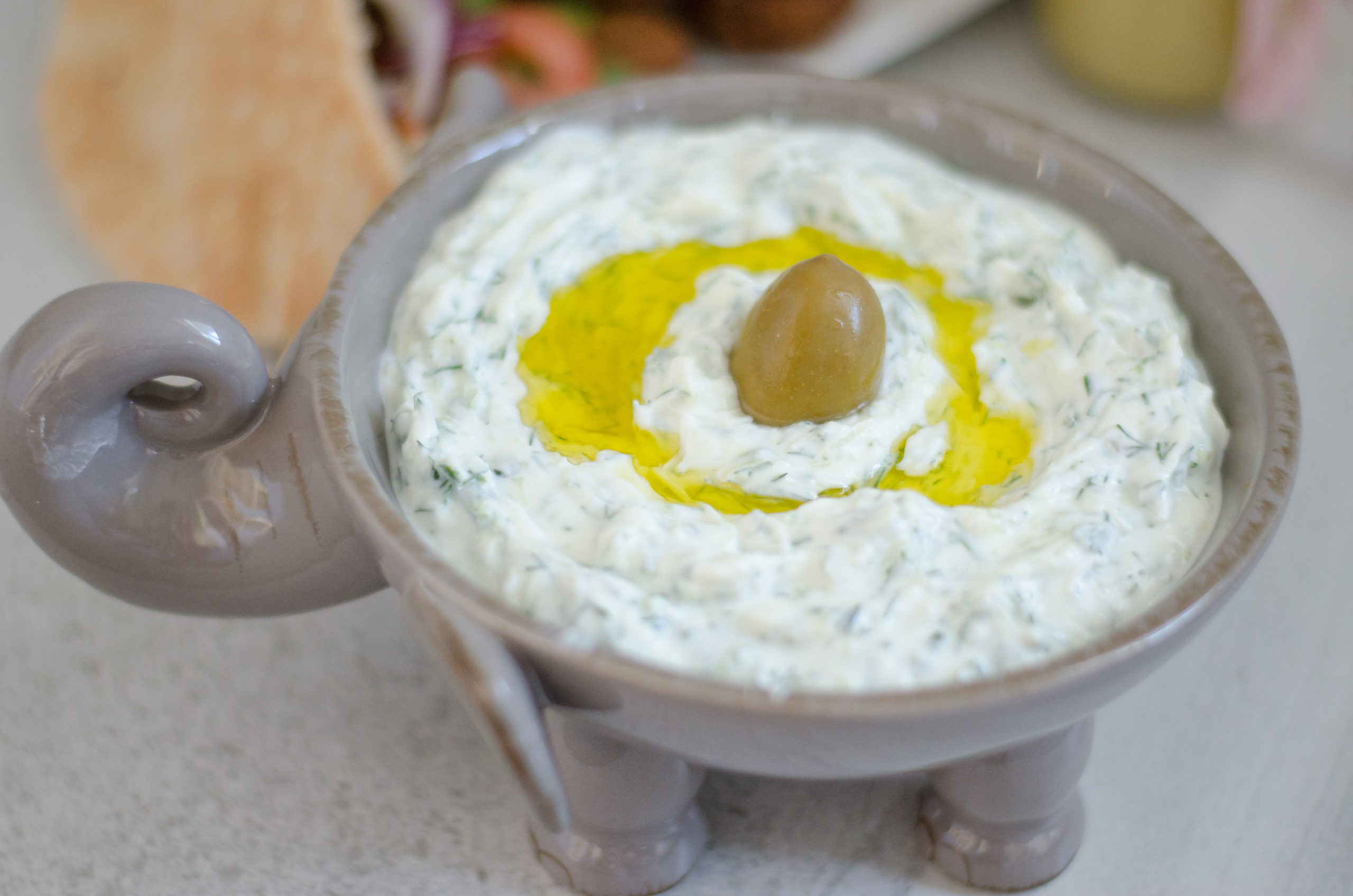 Yogurt based dip with cucumber and dill. Very refreshing dip for hot summer.