5 / 5
Lentil soup is easy to prepare with some of the basic conventional ingredients . A dash of fresh lemon will add more depth to the flavor and cilantro adds freshness . A soup which is easy to prepare but will fill your taste buds with everlasting flavors.
5M 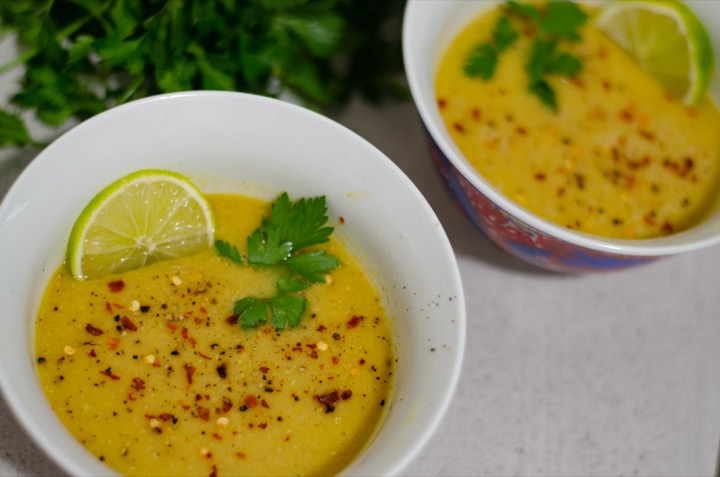 Ever had a long day and had to wonder what to cook which is not time consuming but healthy and devouring.

I was having pretty long days past few weeks and at the end of the day I did not have the energy to think or cook elaborated meals. I wanted to make some revelatory dish which involved painless cooking.
So I made the middle eastern lentil soup which is my to go recipe where I don’t have to stand in the kitchen for a long time. Just combine everything and allow them to cook slowly.
It’s vegan, effortless to cook and delicious to taste. I can unapologetically categorize this as comfort food. The combination of simplistic cooking and delightful taste makes this dish everyones favorite.

All you need is just a handful of ingredients, and this soup is ready, a perfect dish you can have it regardless of the weather.

A little anecdote I would like to share to all my readers about how I fell in love with this dish .
2008 was the first time I visited NYC. I saw plenty of street food carts at every nook and corner , majority of the food carts that are in NYC were the very famous middle Eastern “Halal Guys“. Being a food connoisseur, I was really curious what this cuisine consists of, so while taking a stroll in NYC , I visited a restaurant called “ Manmouns Falafel .
I ordered a lentil soup and falafel. The soup was really hot and flavorful which made me feel comforting during the winter months. Lentil soup gave me a very different perspective on how different cuisines are able to metamorphosize the basic food. In India lentils are considered a staple diet as lentils are used in every house hold across the country. Dal tadka, Sambar are some of the staple Indian dishes that use lentils.

Lentil soup is easy to prepare with some of the conventional ingredients . A dash of fresh lemon will add more depth to the flavor and cilantro adds freshness . A soup which is easy to prepare but will fill your taste buds with everlasting flavors.

So my fellow blog readers go ahead and make this recipe , i will be waiting to hear how it turned out .

Other Middle Eastern food you may like
Falafel
Tahini
Hummus
Tzatziki 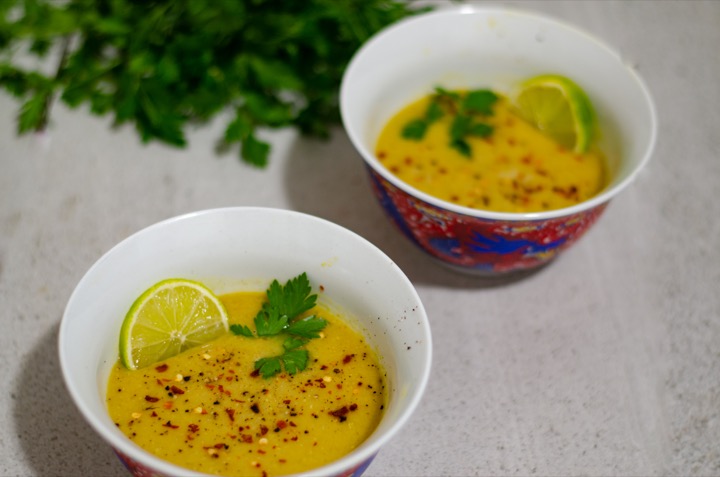 Lentil soup is easy to prepare with some of the basic conventional ingredients . A dash of fresh lemon will add more depth to the flavor and cilantro adds freshness . A soup which is easy to prepare but will fill your taste buds with everlasting flavors.