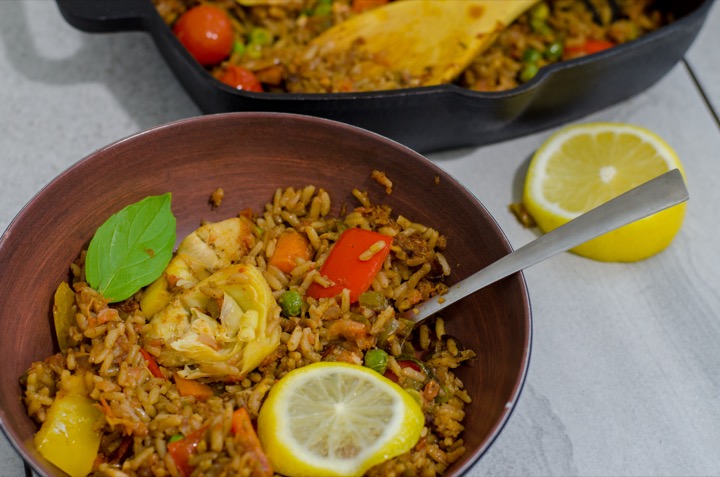 4.4 / 5
Paella…It’s treat to the eye and feast to the tummy! How about we make some Paella-The National Dish of Spain using seasonal veggies.
15M 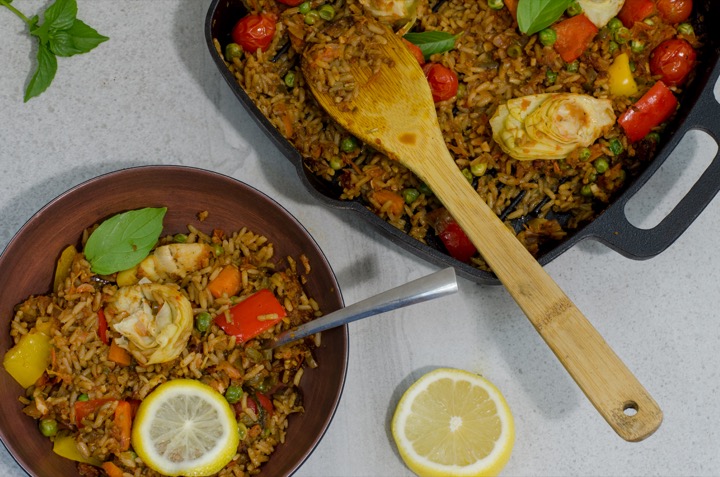 Paella is one of the most spectacular looking , popular global dishes. The popularity is also because it is almost impossible to discover exactly what a particular paella preparation may contain.

I have been to many Spanish Restaurant’s in Miami and I must say that each restaurant’s Paella is very different. However, all of them are unique in their own way. There are as many variations of paella as there are chefs.

History of Paella!
There are many stories to the origin of Paella, but the one I feel excited about is that it was a food of farmers and farm labors. Back then, it was made with rice and whatever was available around the rice fields and countryside-  Yes when i say countryside it includes everything that you can think of Tomatoes, onions with few beans, livestock animals to rodents. Necessity is truly the mother of invention and what an invention Paella is.

Today’s recipe focuses on vegetarian paella made in indoor modern kitchen. Many make paella over grill, over open flame or Bake them. Whatever option you chose, One of the things you hope to achieve is socarrat -the rice that gets crunchy and forms a crust at the bottom of the pan. I will be sharing how to cook on Stove top as well as bake the Paella. I love stove top because it is authentic but Baked Paella tastes great as well!!

One of the key ingredient is choosing the right Rice
My recommendation would be short-grain paella rice. Paella rice take more water or both to cook. Since Paella is cooked for a longer time choosing the right rice its important.
If you choose to make it with non Paella rice, you may have to play around and adjust liquid so that rice doesn’t get mushy. Rice really needs to be grainy and not mushy to get perfect paella! Also, Paella rice is heavy so , if you are using non-paella rice you may want to adjust the rice quantity as well! 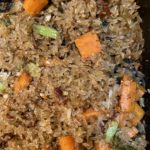 Cook rice until the grains are translucent 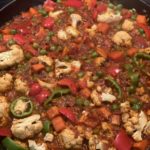 Add veggies and hot broth, Move around veggies slightly so that rice gets to the bottom of the pan. Do not stir anymore. Let it cook for 15-17 minutes in medium low flame. 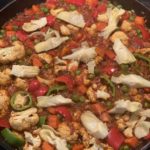 I love to use more tomatoes in this pantry friendly recipe as it gives nice color as well as tangy taste.

Use the largest skillet you may have available to make paella. Wider the skillet crunchier the rice gets.

The taste of Paella is as colorful as it looks. And every cook cooks it to their taste, yet it tastes the best. So as you prepare this dish feel free to get creative and use the fresh and best local ingredients to make it your own special dish! You won’t regret the outcome of it. With its centuries of tradition and many ingredients, paella can seem more intimidating but don’t be it’s actually simple.

Here is the exclusive vegetarian – vegan friendly recipe straight from Sublime Flavors Kitchen. Try it and let me know! 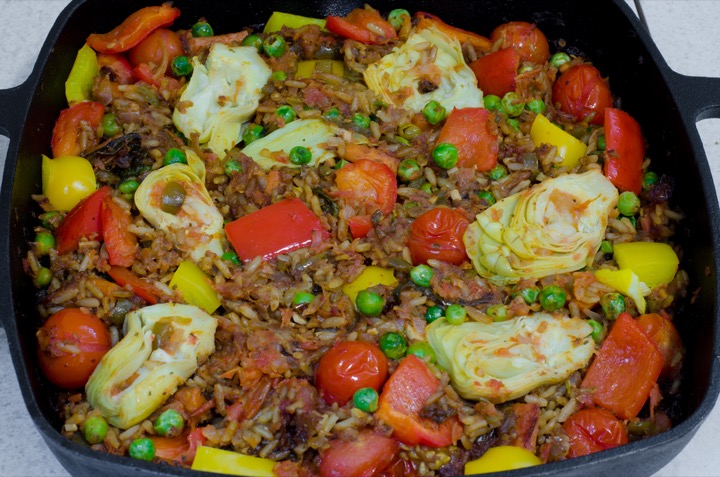 Paella…It’s treat to the eye and feast to the tummy!