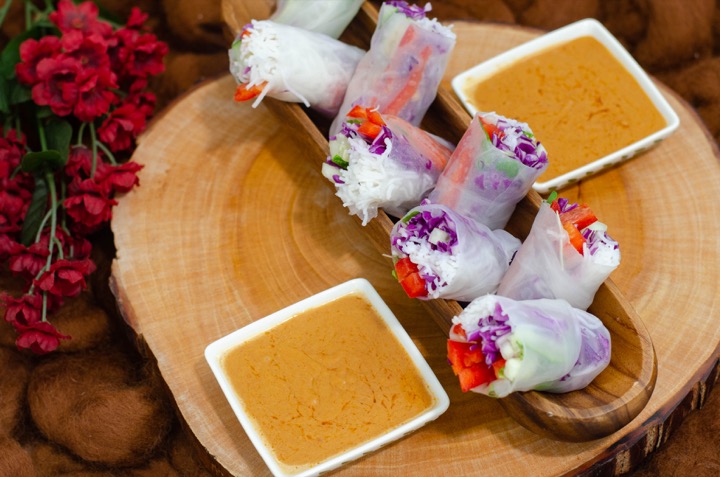 5 / 5
Vietnamese fresh spring rolls are easy to make appetizer. Can be eaten as short meal and doesn’t require to be cooked nor require any special equipment. Looks colorful yet simple. Come check out the recipe. I always wonder when people say “authentic” recipe, what do they actually mean. The first time any food is made is the authentic recipe. Anything after that is just adoption.
Spring rolls is one such food which we all savor in various forms, yet barely know where it comes from.

To satiate your curious minds, Spring rolls were originated in China as a spring seasonal food and traveled around the world where they were adopted and modified according to the local likings.
Vietnamese spring rolls are summer delicacies known as gỏi cuốn locally 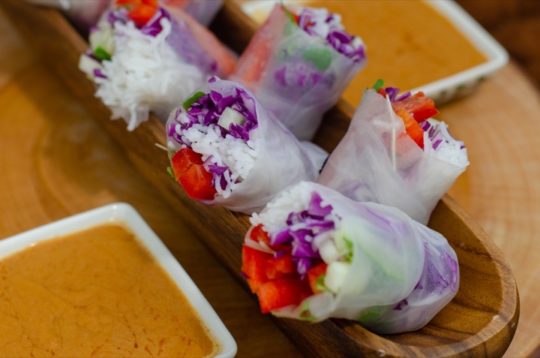 Typically Vietnamese spring rolls are made from pork or shrimp, but vegetarian spring rolls made with fresh seasonal vegetables and hydrated rice wrap which has abundance of flavors and freshness.

We were driving to Cambodia from Ho chi ming city, Vietnam and had a stop over in Vietnamese war land (Cu Chi tunnels). We were so amazed to learn about the strategies of war that Vietnamese used, shoes and clothes that they wore during war, weapons that they used and not to forget we had an opportunity to taste the fire roasted Yam that solders were eating during war time… no wonder they won the battle! Well not to bore you guys, buy that’s where we got opportunity to see how rice paper are actually made. It looks so simple yet sophisticated.

Here is the video of making the rice paper straight from Vietnam.

Making of rice paper in Vietnam

Traveling as vegetarians was hard couple of years ago but now the world is adapting to vegan so quickly that we find vegetarian version of anything that you can imagine, Vietnam is one such place where we thought we will have tough time finding vegetarian food but surprisingly we had most amazing vegetarian and vegan food that we never even expected. One such great appealing dish is Summer fresh rolls! It was served with Peanut sauce and soy sauce but my to go is always peanut sauce. Its sweet, salty and tangy!

All you will need to make the warp is bunch of julienned seasonal veggies and rice wraps with some mint for flavor. For the peanut sauce you need, unsweetened peanut butter, maple syrup, soy sauce ,sesame oil, lemon juice and chilly paste. If you want a little more kick then I recommend using chilly garlic paste instead of just chilly paste.

For the rice wrap! 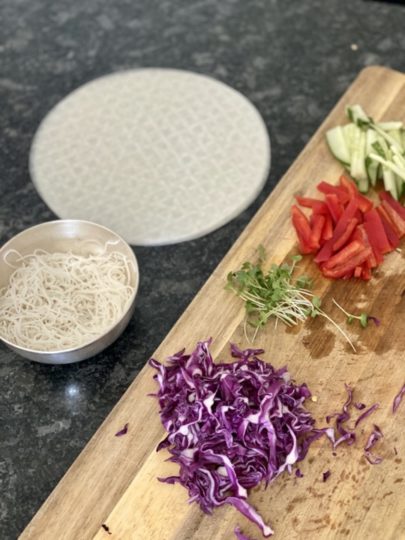 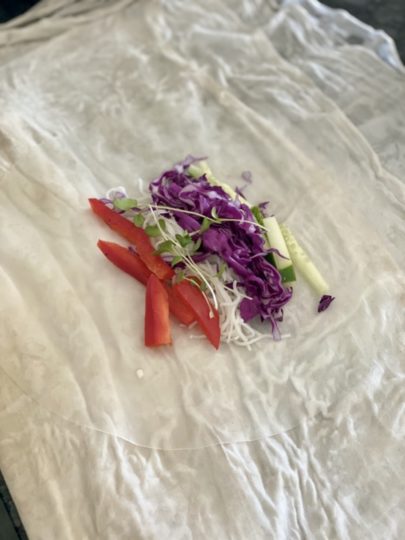 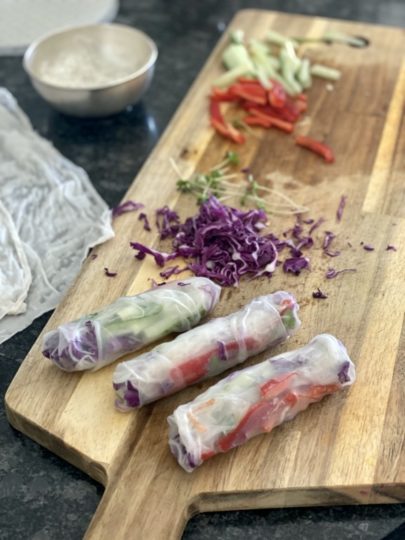 Whisk them all together

Note: I have tried making peanut sauce using sweetened peanut butter as well and I skipped adding maple syrup as it is already sweetened !

Video on how to wrap the rice roll

Video of rolling the rice paper

Enjoy the recipe for Vietnamese fresh spring rolls and peanut sauce. If you make it , so leave a comment and rate the recipe! 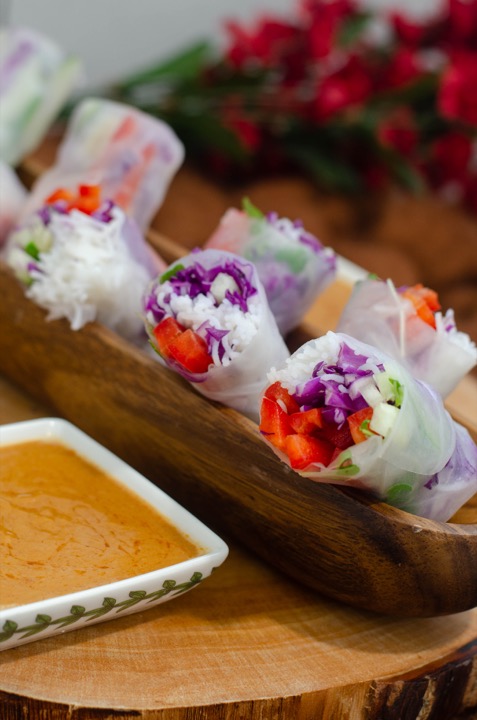 20M
Vietnamese fresh spring rolls are easy to make appetizer. Can be eaten as short meal and doesn’t require to be cooked nor require any special equipment. Looks colorful yet simple. Come check out the recipe.

For the peanut sauce